I had some free time and needed a break from quilts so decided to get a head start on making some Christmas ornaments to sell and give away. I finished a bunch of them yesterday, but Matt borrowed our super-camera to take pictures of molecules or something science-y like that. So, then, my soaking wet cat ran in from the rain and kept joyfully headbutting my hand as I attempted phone pictures (note paw prints).

But what is really on my mind is my slow disillusionment on the concept of making things to sell them.  Yesterday I saw for the first time some embroidery featured on the front page of Etsy. Regretsy.com often calls out Etsy for featuring hipster aesthetic images over skill or substance crafts, and I tend to agree. I was excited to see some work featured that I felt was similar to mine, kind of, ish? This seller had hundreds of sales of her very expensive ($40-60) hand-made embroideries, which were mostly just very simple embroidered letters displayed in a hoop.  So, not really similar to me, at all.

For some reason, this was very disturbing to me, and I’m not quite sure why. I think it embodied a lot of what I don’t enjoy about the crafting world, a sphere which I admit I only have a few toes dipped into, anyway. I don’t want to sit around and embroider the letter S (or any other letter) all day, and I understand that pillows featuring unicorns playing the concertina have a narrower market audience. I never hoped to get rich off embroidering potatoes playing the fiddle either, and I don’t really work very hard to promote my brand or come up with a single product like everyone says you have to actually get somewhere in crafting businesses. 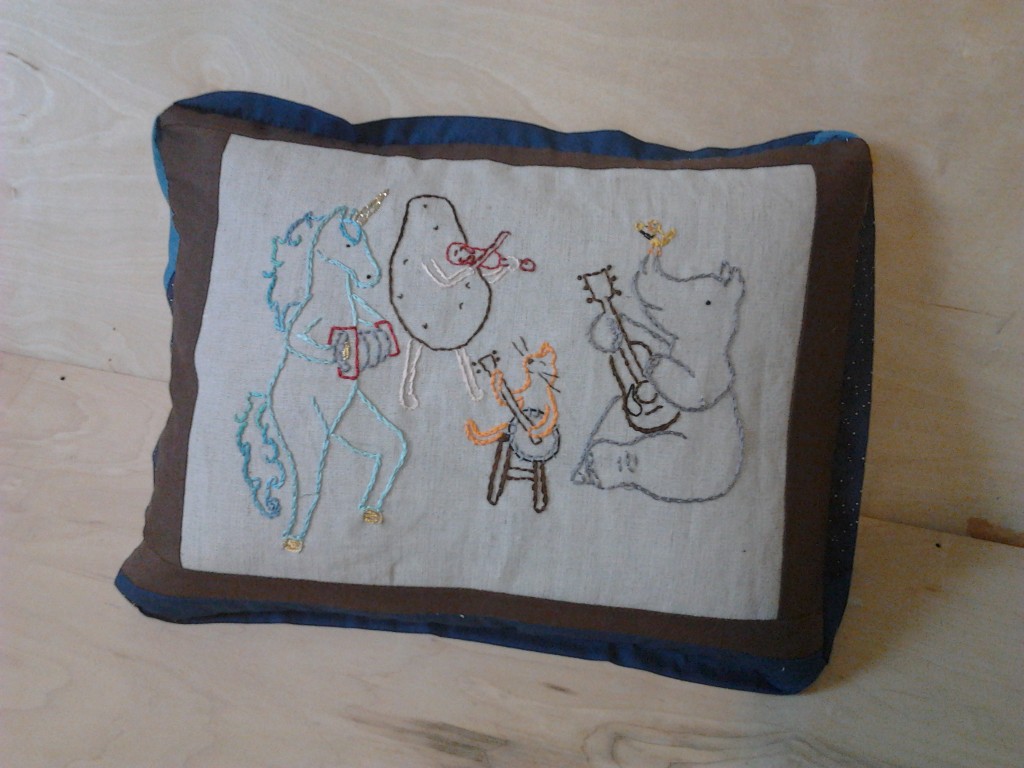 So I don’t want to say that I was jealous of this person’s success embroidering initials. Her work is really very attractive and nice-looking.  Demoralized? Disoriented? Most “success” stories I hear about crafters involve incredible amounts of hard work and making things you’re possibly not very excited about making, over and over and over again. So, blah, what is the point?

I like sewing, but I feel like trying to sell things that I sew adds this weird pressure to the process.  But, crafts are made to be used and enjoyed, right? If not, what’s the point?  Also, selling things does help me buy more sewing supplies! I guess what I’m really saying is that I would like to become a member of the landed gentry and/or have a sponsor to pay me millions of dollars to sit around and make weird stuff that I think of. Is this too much to ask? 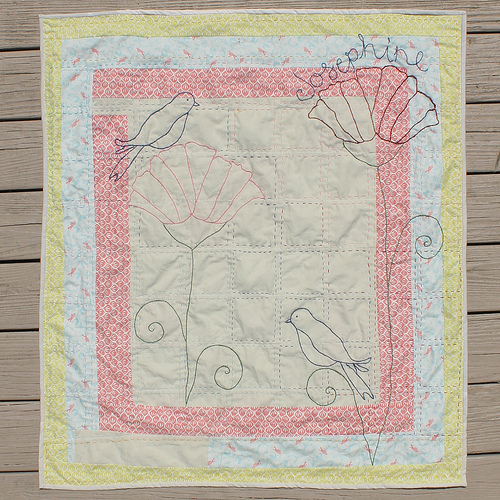 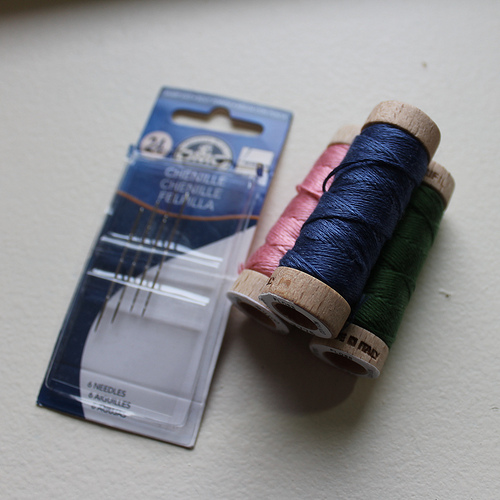 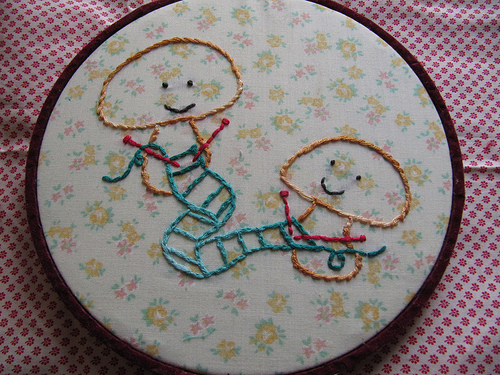 Yes, I’m selling that too!