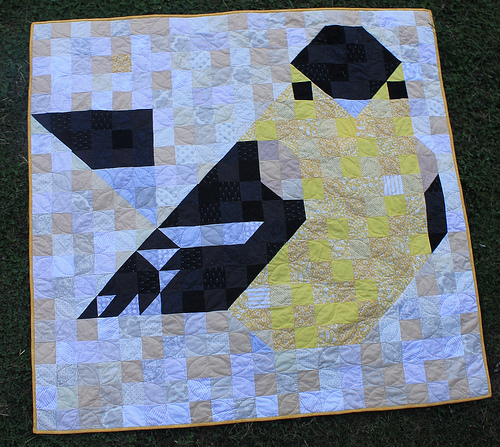 Here is another one that took me a few days to get ALMOST done and then a year to actually finish.

I think of it as a ‘she’ though obviously it is a male goldfinch. I posted a tutorial for how to make a cardinal version – I have a half finished cardinal version as well – as well as some glamour shots of the unbasted top out in the wild. 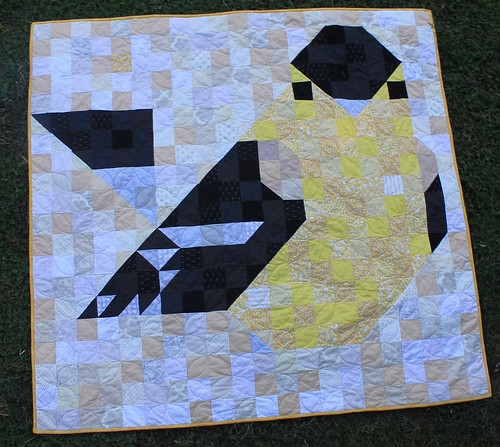 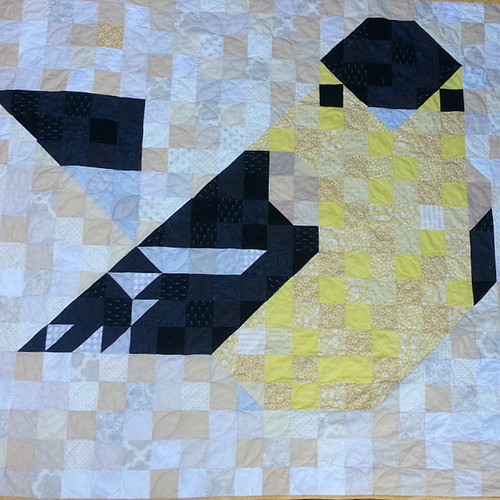 I did an orange peel quilting on it, using this tutorial though I kind of wish I had actually drawn on the circles so it was more precise. Or maybe the organic shapes are better with the scrappy neutral fabrics? Who can say! I wanted a double wedding ring style effect- highlighting the circles more than the petals formed, which I didn’t accomplish, and that’s ok.  It was fairly easy except for the occasional mishap. Womp womp. 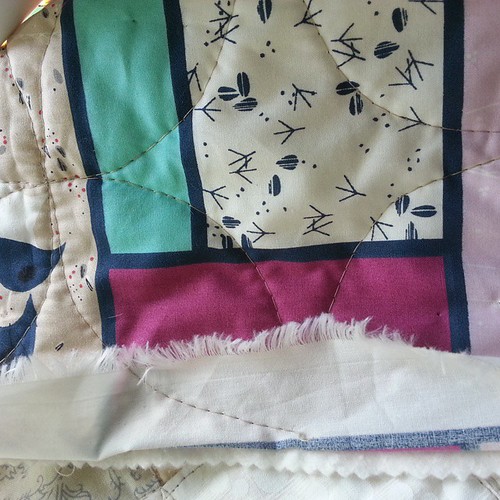 Here is the original clever little birdie from the mosaic in Cincinnati.  I love the inquisitive face! We have several goldfinch that hang out in our garden. I think the females are so pretty too, though not as easy to capture in a mosaic! 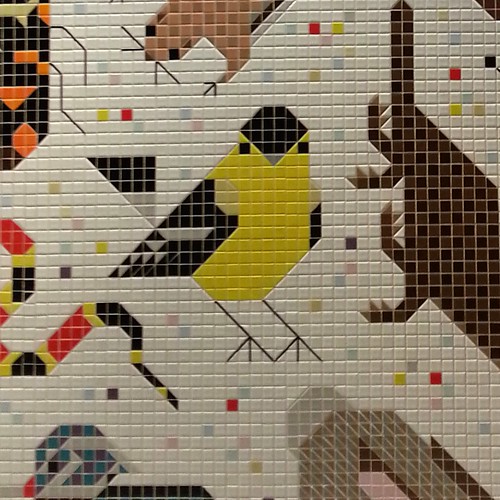 For the back I used some of Birch Fabrics beautiful Charley Harper line of fabric – they have a new one coming out this fall!?! For the life of me, I don’t know why I was so stingy and didn’t just get another yard of fabric to finish the back,, but after much puzzling, I decided to copy the fabric design to expand it out. I’m happy with the effect! And somewhat impressed with how closely I was able to match the colors with solids from my stash. 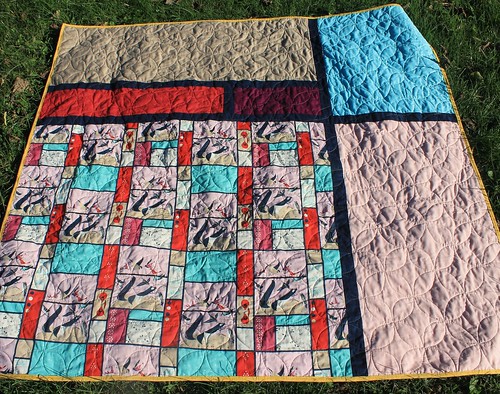 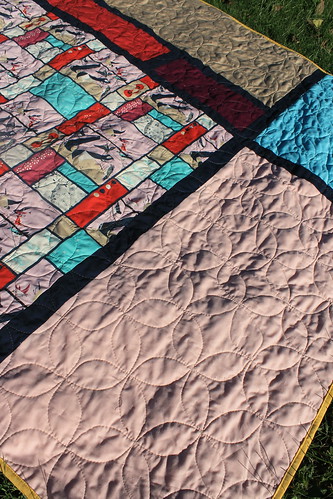 And bound in a beautiful gold fabric I am addicted to from Joann Fabric. It almost reads as a solid but has a little floral print. Very subtle and I keep coming back to the cheery color 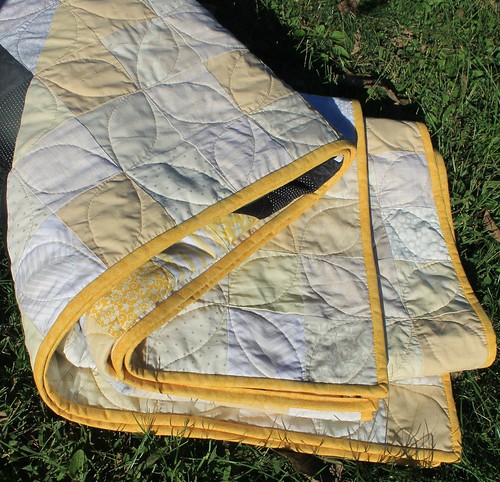 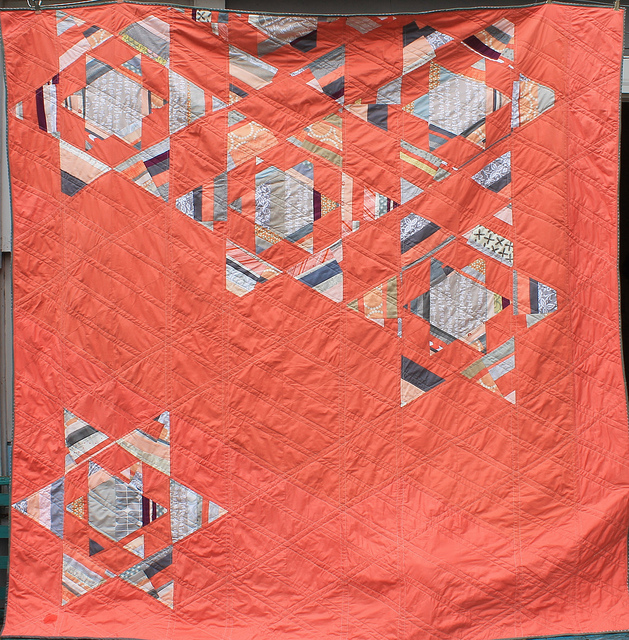 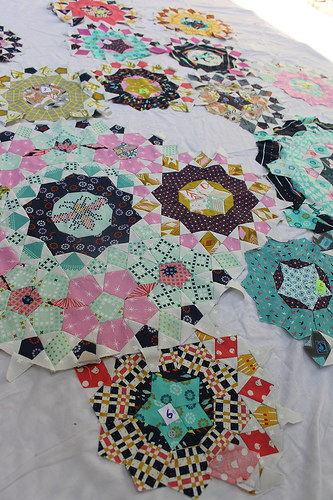 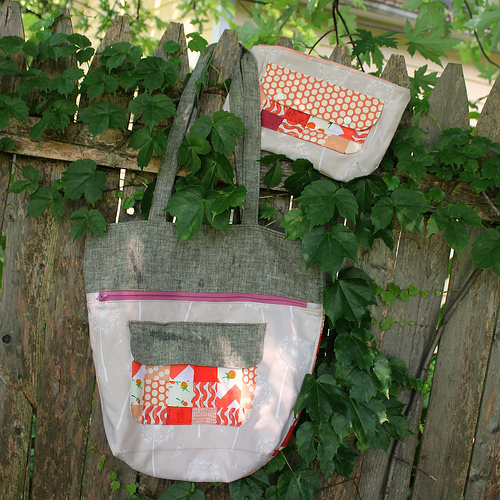