One of the hardest things about brewing your own beer is that so many people who brew beer are jerks and snobs, and also, douches. Though, this is obviously a nice perk if you are a douchey, snobby jerk.

That is not to say that there aren’t many lovely beer swamis out there, and there are certainly endless layers and levels to beer knowledge that are very interesting, but just to say, it’s not that hard to dump some yeast and grains in a bucket. There is some science involved, though biology doesn’t get much more basic than: “Yeast eat sugar and crap out alchohol.” (Complicated?No. AWESOME? Yes.)

I think part of the attraction for insufferable know-it-alls and brewing is the plethora of dumb words that mean the same thing as words you already know, like saying “liquor” instead of “water” and “copper” and instead of “pot” and “mash tun” or “fermenting bin” instead of “bucket.” There are a million fun terms you can use to confuse people with, and when that’s not an option, there is the old world tradition of acting superior for the brew elite to fall back on.

Say you research the most simplest of questions – “What’s the difference between an ale and a lager” on any kind of internet forum. You will find all manner of snotty little answers, often accompanied by, “Ugh, I wish AMERICANS could get this STRAIGHT in their heads, basically my LIFE IS SO HARD and also happiness CANNOT exist because some people like Miller Lite.” (Naturally these comments are often made by Americans).

But the answer is actually very simple, intuitive, and historically interesting, as is the case with many questions about beer. There are different breeds of yeasties, just like there are different types of dogs, for doing different types of stuff.  The main difference between a lager and an ale is that lager are brewed at lower temperatures and use a special yeast that likes colder weather. Because they are cold, the yeasties are sleepy and brewing take longer.  In contrast an ale yeast likes it warmer and brews faster.

So, that is useful to know, that there are different types of yeasties that have evolved to make beer at all different temperatures, because people like beer all year round.  The irony is that lager yeast- the cold kind – tends to make lighter and cleaner beers. The chunky chewy beers I like in winter are generally made with ale yeast which generally like warm weather. Which is a bummer if you don’t heat your house.

One exception to this is a type lager yeast that likes it warm -Fun Fact: this is the kind they use in Anchor Steam. They developed this because Germans moved to California and wanted their cold brewed beer but it was too hot, so they bent the yeasties to their will. Take that, yeast! I have not heard of an ale equivalent – a yeast that brews warm-type beers in sub-artic conditions. This is why I brought out the question in the first place.

I used to be intimidated by beer snobs and figured there was some magical threshold of beer-vana that I wasn’t worthy to approach and so just made fun of myself and my pathetic attempts at beer which ha ha, at least never poisoned me! However, the more I learn the more I have found that often terrible beer brewing snobs are either (A) using fancy words that mean simple things that I actually know about (e.g. buckets) or (B) have no idea what they are talking about.

Buy me a beer sometime and I’ll tell you some funny examples of this phenomena. 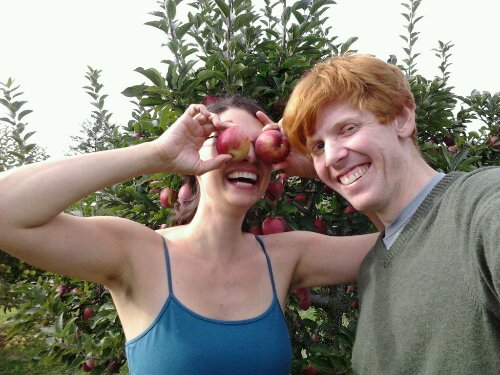