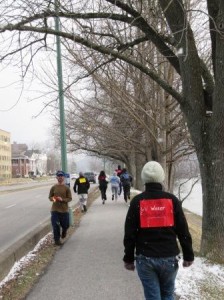 On Saturday, February 12, 2011, Charleston, WV will host a very exciting event.  Supposedly if people blog about this, it can become a Wikipedia entry. Here is the sample text that might compose the forthcoming wikipedia entry about this forthcoming event (Thanks to Danny Chiotos!) For the record, at least one member of the 2010 Grumble Run was carried – a little puppy. Somehow I ended up in charge of the puppy carrying. It was epic: 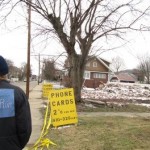 The Grumble Run is an annual event hosted in Charleston, West Virginia on Valentine’s Day Weekend. It was founded in 2010 when Charleston native, Stephanie Tyree, challenged Charleston residents to organize a 5k “run.” This run resulted in more than twenty people coming together for a one of its kind “run.” 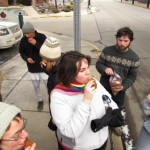 The Grumble Run takes the existing idea of running 5,000 meters and transforms it into a fun-themed event of going 5k through whatever means is available without wheels. 2010 saw runners walk – and some jog – the full 5k with many breaks for smoking, conversation, and gummy worms.
This event is paired with an annual Anti-Valentines Day Party that happens during the evening after the “Run”. 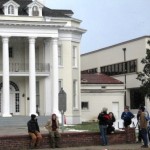 Addendum: Stephanie Tyree made all of the runners those patch things that runners wear in real 5k runs using glitter paint.

PSS: It was snowing at last years grumble run. 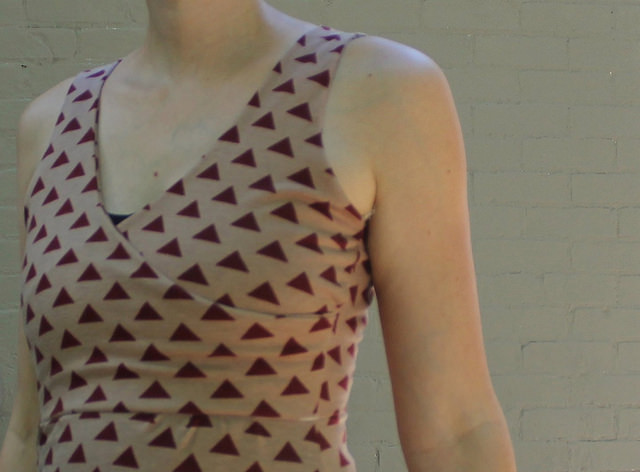 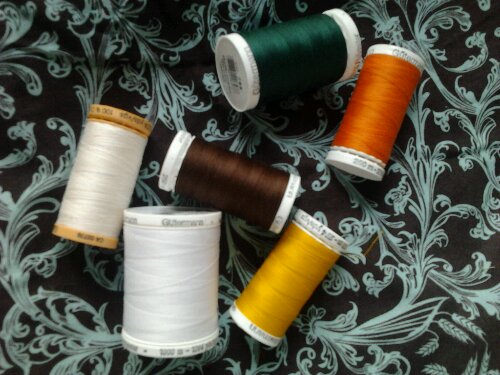 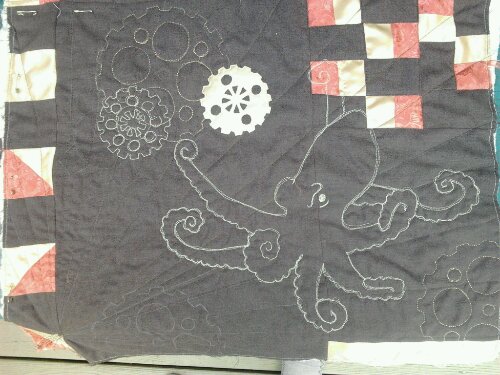