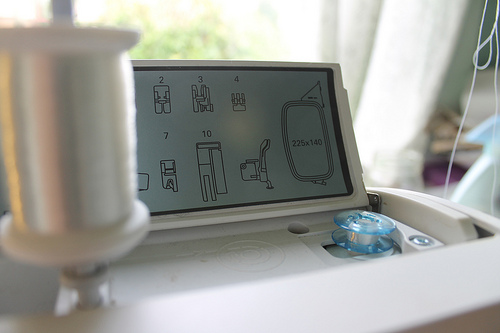 I talked a little bit about how I machine sew binding here: http://waterpenny.net/how-i-machine-sew-binding

Just a note to say that sometimes I use Sulky Invisible thread in my bobbin – I used it on this ridiculously fussy ‘fabric’ and only had a few skipped stitches! Whoa! This thread is so slippery it is a pain to thread, but it also just slips through the quilt like butter. I worry about tying it off – it tends to want to slip right back out of the quilt too – so whenever I used it I use a lots of extra tying off stitches. I don’t like how shiny it is, but on the back of a quilt, it’s less of an issue. My main tip with it is something I learned a long time ago – only fill the bobbin with invisible thread halfway – the thread is so thin that’s probably more than you would have on there of the thinnest cotton thread. Less thread on the bobbin equals less pressure, breakage, and knots. So, probably you already knew that! My next tip that probably everyone else learned years ago that I just learned recently is this trick for folding binding in half. Take two safety pins and pin them to a towel, scrap of batting, etc. about 2 inches a part.

Feed your binding through the pins and it will fold it in half for you to iron. See how clever it is? Ignore all the lint on my towel.

I go back and forth as to whether this actually saves me any time. Today I felt like it did, so I did it. You’ll notice – maybe you won’t? That this binding isn’t cut on the bias – though it is attached on the bias. That is because it is for a quilt that will be a wall-hanging and I thought the extra strength of the threads going length-wise would help it hang straighter. Maybe it was the binding, or maybe I actually made a square quilt, but it is hanging pretty straight! 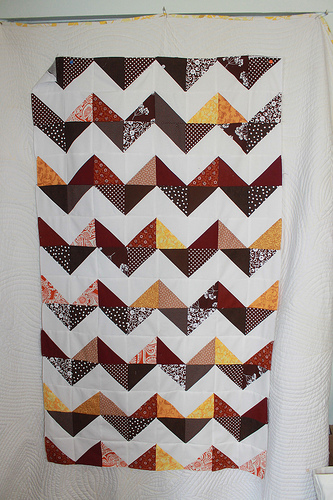 Scrappy Trip Along Works in Progress 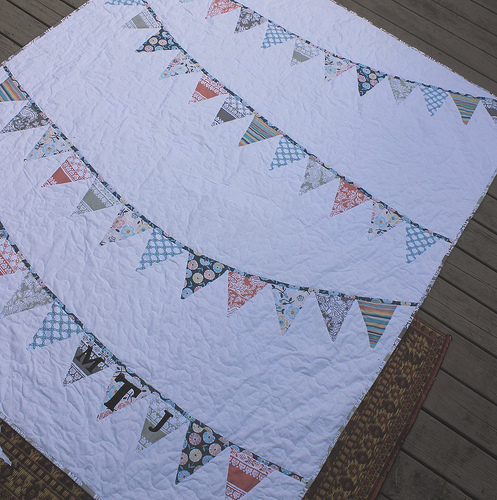 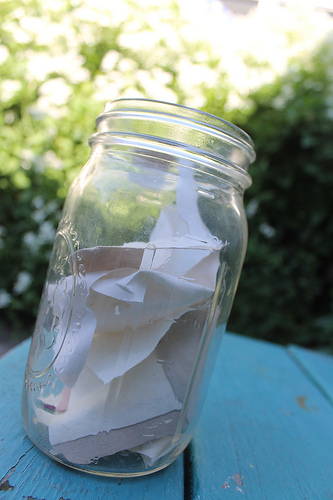